But it doesn’t bother me. My reason for joining the quilt-along has been fulfilled. What I wanted was to quilt. Before signing up for it, I had a project that I was moving toward, but no real work had begun. Signing up for the quilt along changed all that, and I started moving along. Selecting fabric from the stash, cutting the pieces, and starting to piece. The last time, I left off with this step, in which two four-patches are assembled with two solid squares. The one in the bottom right corner is an example of a completed one. And if you look at the next picture, you can see examples of completed blocks in all four colors. 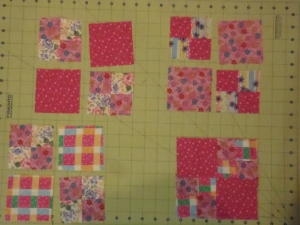 Next, I took two of those completed blocks and alternated them with two larger solid squares, as shown below. 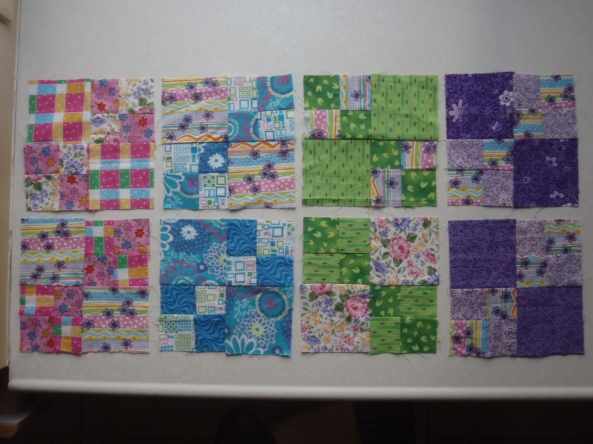 Now it’s time to repeat the process by taking two of these larger blocks and alternating them with larger solid pieces of fabric as shown below. 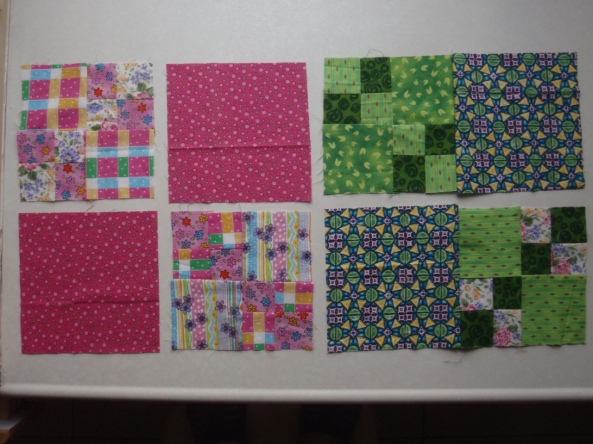 OK, so my pressing isn’t great, but check out what two finished sets look like in purple. 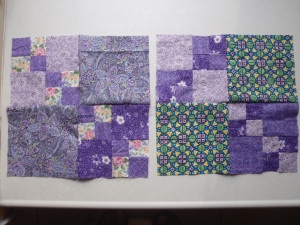 I have most of the rest of this size block set up to sew the final seams. So a pieced block is joined to a solid block. The next sewing involves taking those two halves and putting them together into blocks like the purple ones above. The halves are stacked with their partners in a neat pile next to the sewing machine so I can finish that step next. Then it will be time to play on the design wall to plan the next move.

1. I would sign up for a quilt-along again, in a heartbeat. Even though my schedule and deadlines do not make it possible to keep up with the intense schedule of the quilt-along, I have made progress beyond what I thought was possible.

2.  I don’t need to have a dedicated quilting area. By setting up a spot for my sewing machine and being willing to do cutting and pressing on the kitchen counter (and sharing that counter with food prep), I am able to use smaller chunks of time to keep the forward moving momentum.

3. It’s good to have a plan, but it helps to be flexible about adjustments. Maybe that one isn’t just about the quilting.  😉

4. Even though I don’t feel like I’m really part of the quilt along group anymore, I still feel like this project is a huge success. Those who stay with it will have a finished quilt by Christmas. That’s great, but even if I have my quilt top half finished by Christmas, that’s half a quilt more than I would have had if I had not signed up for the quilt along. The directions, suggestions, and timetable for getting started got me moving and kept me from stalling or putting it off (again) indefinitely.

5. While I still need to work on the staging of photos, at least there is a record of this project. That’s significant, since it hasn’t happened before. In addition, knowing that photos are going to be taken keeps me focused on the process itself, so that I am more likely to finish all pieces of one step before moving on.

6. Unlike my last attempt at bringing quilting back into my life, I am having a lot of fun.

Stay tuned for the next update!

This is a new award, created by my daughter, Kate at http://sincerelykaterz.wordpress.com/. She remembered the director of my college writing center talking about how writing should be like a woman’s skirt, and it stuck with her. So she created this award, and I am one of the first eight people to receive the award! Thanks, Kate!  🙂 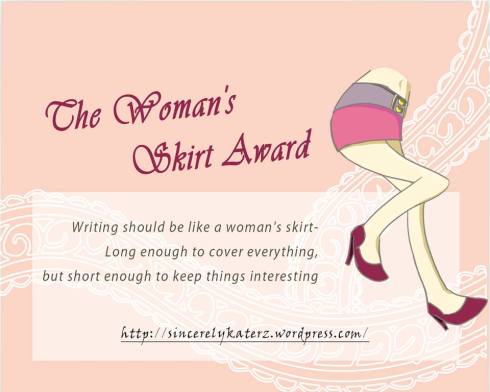 The point of this award is to acknowledge bloggers who we believe have found a good balance with their posts. Whether they’re long or short, they said what they needed to say yet didn’t go on and on just for the sake of reaching a word count or because they simply don’t know when to stop.

Here are the rules:

1) Post the award on your blog and who nominated you

3) Nominate 8 people and let them know

Eight Things About Me

The eight people I nominate for this award

This is a brand new award, and I’d like to see it take off. Congratulations to the nominees! And thanks, Kate, for the nomination and for creating this award. 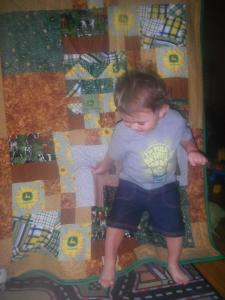